Can a Serbian photographer sue a Chinese singer for the use of the photographer’s picture on the singer’s latest album? Rong Tianqi introduces the facts of the issue and expresses some doubts on the claim’s success.

On 31.10.2017 the Chinese pop singer Xue Zhiqian launched his new album in China. Picture 1 below is the cover artwork of his new album. The singer, however, immediately faces copyright challenges, as some have quickly found that the cover of the album looks like a copy of the picture (see Picture 2) of a Serbian photographer, Jovana Rikalo. She created a series of photographs (see Picture 3) to fight against sexual abuse on women, and she published these pictures on her blog in Serbia in 26.03.2017.

When Rikalo uploaded this series of photographs on her blog, shesaid the followings: 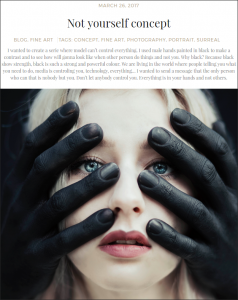 In this case, the international treaty that the statute refers to is the Berne Convention for the Protection of Literary and Artistic Works, as both China and Serbia are parties of it.

Article 5 of the Berne Convention provides that

According to all above we can make sure that copyright of the Serbian photographer is protected by copyright law of China, and Rikalo can sue the infringer and request the Chinese singer to compensate for her loss. That is another question, whether Rikalo can win the case, if she sues Xue Zhiqian.

“For the purposes of protecting the copyright of authors of literary, artistic and scientific works and their copyright-related rights, encouraging the creation and dissemination of works which facilitate the advanced socialist culture, ideology and material construction and promoting the development and flourish of the socialist culture and science, and in accordance with the Constitution, this Law is formulated.”

According to Article 1 Copyright Act of the People’s Republic of China, we can see that our copyright law encourages creation as well as the spread and development of culture, which looks like a significant argument against Rikalo’s claim.

Read more on the case here and here. 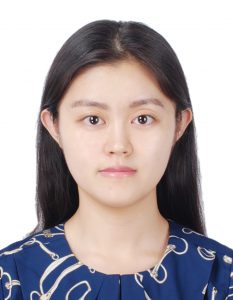 Rong Tianqi is a student of the GATEWAY Hungarian-Chinese Exchange Program of the University of Szeged during the Autumn Semester of 2017. Back in China, Rong is an undergraduate majoring in Law at the Shanghai International Studies University.