This blog piece is a continuation of the previous post on the ARIPO Model Law on Copyright and the Draft Nigerian Copyright Bill (please see last week post here). The present post will address the five remaining topics as itemized below.

Recognizing the need to maintain a delicate balance between the rights of copyright holders and that of the public, the Model Law provides for some exceptions to copyright protection on the grounds of fair dealing in section 18. It also makes some public institution-specific exceptions available in sections 22-24.

However, it appears that the most arguable innovative home-grown solution to this issue can be section 31 of the Draft Bill. In accomplishing this balancing act, section 31(1)a empowers the Nigerian Copyright Commission to authorize the use of a copyrighted work to “rectify abuse of dominant market position”. The entire section and its accompanying conditions are noteworthy in that they represent an effort at using copyright law as a tool of economic re-engineering. It might be useful if such policy activism is also included in the Model Law.

The phraseology of both the Model Law and the Draft Bill have made us question whether accompanying documentation like manual and operating guides of a computer program are copyrightable or not. While the Model Law referred to the term “software” and “programs” as constituting literary works (Section 2), its Nigerian counterpart only mentioned the term “programmes” in its own definition of types of literary works [Section 85(1)].

This distinction appears to be important as the term “Software” is sometimes defined by scholars to be inclusive of programs itself and the accompanying manual.[1] Thus, a preparatory manual would be sufficiently protected as software under the Model Law, while the situation would be unpredictable under the current Nigerian reform proposals. Therefore, the Draft Bill could be further revised to provide clarity in this regard.

Furthermore, the issue of de-compilation of software constituting “fair dealing” is better captured by the Model Law. While the Draft Bill in section 20(2) permits for the adaptation of a program for private use with a computer; or for back-up purpose and repairs, it effectively makes no exception for de-compilation. This omission brings up an important question: what would be the legal consequence – under the Draft Bill – of the conversion of a low-level language programme into a higher level open-source language by a group of young technology-enthusiasts? 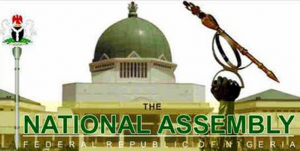 In this regard, the Model Law goes further than the Nigerian Draft Bill. In section 25(3), it specifically permitted the “decompilation” of programs and their conversion into a different programming language. Thus, the scenario raised earlier would be easily caught by this exception under the Model Law. Therefore, the provisions of the Model Law regarding this issue would be more in line with the realities of the African experience. DE compilation, provided that it is done for permitted objectives by the user, would enhance African’s programmer’s capacity for further independent creative programming.

Unlike the new rule in the EU where online service providers are required to obtain authorization from right holders to upload protected works, failing which they will be held liable for any unlawful communication of such works,[2] the Nigerian position provides a safe harbour for them provided the conditions in section 51 & 52 are met.

Under the Model Law, an Internet Service Provider would be jointly liable with the initiators of any infringing content hosted on their platform (section 48). Furthermore, section 49 provides the general condition from the limitations on remedies of ISPs. A writer has stated that the provisions under the Model Law might be favourable to plaintiffs in infringement actions against ISP, considering the role contents play in making digital platforms attractive.[3]

Thus, regarding the liabilities of online service providers, the provisions of both the ARIPO Model Law and the Nigerian Draft Bill are both commendable in their respective rights. Though they both fell short of Article 17 provisions in the EU, they are still appropriate for the time being. However, in the long run, when substantial foreign investment is already secured, the copyright landscape in Africa can borrow from the EU’s idea on platform policing.

Both the Model Law and the Draft Bill provides for this exception. Nonetheless, the Model Law is more expressive as to when an infringement will be said to have taken place under this exception. According to section 30 of the Model Law, the use of original work for parody “…shall not amount to infringement of the author or rights owner’s moral rights…”. In essence, though moral rights are generally inalienable, this exception ensures that the society gets by with some occasional amusement, without the authors’ moral objection hanging like a sword on content creators. However, the Model Law is silent about the economic rights of authors regarding parodies of their works.

This is where the Nigerian law comes into focus. Section 20(1)b of the Draft Bill merely provides that the use of original works as a parody is not an infringement. The section does not expressly delineate the boundary of infringement which can arise from the making of caricature. For example, a scholar has queried how the Nigerian law intends to distinguish between lawful online-shared parody and outright acts of piracy.[4] A review to the Draft Bill could borrow from Belgium where this exception is granted to parody creators but the phrase “observing fair practice” is added.[5]

This is another highlight of both proposals. Both reform instruments take the opposing sides of the debate on the protection of folklore. While the Nigerian position appears to align itself with the school that believes that property rights over the “public domain” of TCE/Expression of Folklore are necessary, the Model Law takes the opposing side of the debate. In essence, it appears that the Model Law sided with the school that believes existing and conventional IP system give adequate protection for folklore – since they already protect contemporary, tradition-based cultural expressions.[6] As a result, folklore is specifically protected under section 66 of the Draft Bill, while they are only protected in section 5(1)b of the Model Law as “derivatives work”.

In conclusion, both the Model Law and the Nigerian Draft Bill are commendable efforts at revamping the African copyright landscape. These reforms are needed to ensure that copyright laws in Africa do not lag behind in global digital developments. However, this comparative analysis has shown that there are rooms for further review in the proposals to make them more responsive to current digital copyright issues. 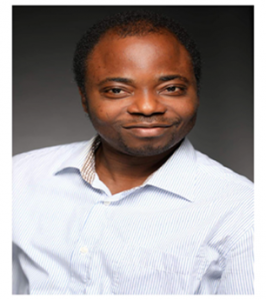 Felix Oludare OMOSELE qualified and practised law in Nigeria before venturing out for further studies in Europe. He holds an M.A. in “Public Economics, Law and Politics” from the Leuphana University, Germany. His research interest generally lies in the area of comparative law, particularly relating to Business and Public Law. He has a keen interest in research about the impacts of technology on Intellectual Property Rights, civil evidence, and electoral law.