Burak Yildirim’s guest blog on caricatures and copyright law from the Turkish perspective.

In an era in which people can share and receive information without any heavy effort through the Internet, its consequences in legal aspect should be taken into consideration devoutly. In this regard, as general awareness on the IP rights have mounted and IP disputes and legal cases became more and more prevalent around the world, there has been a significant portrayal for the violation of these rights in Turkey recently. At the end of September in 2020, famous Turkish caricaturists who are considerably recognized in the country, namely Erdil Yasaroglu, Serkan Altunigne and Selcuk Erdem, have brought massive number of copyright suits against social media users and bloggers who have shared their pieces of art without their consent.

The generation of these law suits in Turkey has been very emergent and came to the fore with the declaration of multiple complainees on social media, basically stating that they have received a legal notice about the unauthorized use of caricatures belonging to the mentioned artists on their websites or social media accounts. At this point, it was mostly some tweets of unrelated accounts expressing that they were officially complained by these caricaturists, but those were not enough to perceive the extent of the massive suit files. As growing number of individuals have shared their experience in a remonstrant tone mostly via social media, the extensive scope of the judicial process became apparent. Concordantly, complainees did not belong to a specific group but consisted of teachers, healthcare professionals, university students or just simple social media users as well as bloggers. Since IP suits have been filed to such a general and crowded group, there was no clear information on the course of events and the most credible source of information was the announcement of complainees on Twitter grouching about the legal action. However, as the dust settled, the details of the ‘caricature war’ granted public recognition with the help of statements of the artists and national media.

Accordingly, simple allegations about legal actions have solidified with a tweet of Erdil Yasaroglu accepting that they have suited files against anyone who benefited their caricatures without their consent and aimed commercial purposes[1]. However, although the artist clearly stated that they either eliminated simple social media and the Internet users from petitioning process or withdrew the cases against such people later; significant number of people continued their remonstrance pointing out that they are yet to be freed from judicial process[2]. The tension between the artists and complainees increased up to a point that some of the complainees remarked the artists use their works of art as a tool of legal bullying. In this context, they stated that they were asked to pay a fee of settlement or negotiation ranging between 7.000-26.000 Turkish Liras to be released from the judicial process. As the tension between the parties have escalated to a national scale[3], the caricaturists sent a concurrent and same tweet on 17 December 2020 from their personal accounts announcing that they only filed law suits against people who owned a personal website and used it for commercial purposes either by receiving advertisements or marketing their own business[4].

Since there were intensive speculations on the judicial conflict, its legal analysis should be made according to the Turkish IP regulations. According to Article 4 of the Turkish Law on Intellectual and Artistic Works (No:5846), caricatures have been accepted as works of art and were granted the protection of IP rights according to the Turkish law regulations. Therefore, in the case of an unlawful use of caricatures, the artists are entitled to opt for legal remedies. Accordingly, Article 66 and the rest of the articles regulate the possible legal remedies offered to the copyright holder, such as action for prohibition of infringement, right to compensation and moral rights. In this regard, making a protected IP good available to the public either commercial or non-commercial purposes without any licence or consent constitutes a breach of law. Concordantly, Article 71 of the same law regulates that the person who made a work available to the public without a written consent of the right holders shall be sentenced up to 5 years or be imposed punitive fine. Such an action requires the complaint of a complainer and lapse of time is 6 months beginning from either the moment of infringement or the learning of the infringement by the complainer. Therefore, there is no vagueness about the legal protection provided to the caricatures since they are clearly accepted as works of art and the punitive actions against the violation of IP rights are explicitly regulated. However, Additional Article 4 of the same law clarifies the procedure of assertion presented to the artist stating that the artist shall ask for with recourse to the content provider for the termination of the infringement in three days. If the service provider does not answer to the request of the artist, copyright holder shall file a complaint to the public prosecutor. At this point, most of the complainees predicate that they were not filed with a recourse for the termination of infringement, so the action of the artists is not lawful as the system of notice and takedown did not take place.

[1] See twitter.com/erdilyasaroglu/status/1308376959936794625 for the expressions of the artist about bringing actions against unlawful users (in Turkish).
[2] See onedio.com/haber/yaslisindan-gencine-karikaturlerini-paylasan-herkese-telif-davasi-actiklari-one-surulen-karikaturistlere-tepkiler-947523 for the expressions of various complainees (in Turkish).
[3] An incident, in which a teacher’s house has been searched by the police and his PCs were confiscated, was in the news on TV channels that are broadcasting on a national scale. See www.milliyet.com.tr/gundem/tam-karikaturluk-26-bin-tl-istediler-6416089 for details of the news.
[4] See twitter.com/erdilyasaroglu/status/1339586728068169728 for the public statement of Erdil Yasaroglu about the legal process and the selection criteria of complainees by the caricaturists. 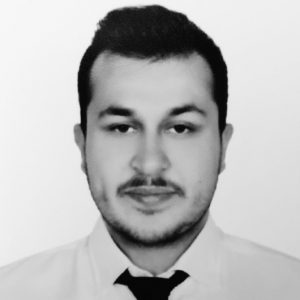 Burak Yildirim is a lawyer graduated from Bilkent University, Turkey. He currently studies the LL.M. programme of International Studies in Intellectual Property Law at TU Dresden. His research interests are copyright and patent laws at the European and Turkish level.