Gabriel Martin’s analysis on the lengthy aftermath of the Dalí Case in France.

On 27 September 2001, the European Parliament passed the “Directive 2001/84/EC on the resale right for the benefit of the author of an original work of art”, or “Resale Rights Directive”. This directive led to a famous case, the case C-518/08 ruled by the Court of Justice of the European Union (CJEU) on 15 April 2010 and commonly called the “Dalí case”. It is known for interpreting the Resale Rights Directive in a way that allows every Member State to choose the beneficiaries of the resale right after the artist’s death. However, a second, less important, and less discussed part of the ruling concerned international private law. The CJEU refused to interfere with that issue, but encouraged the referring court – the Tribunal de grande instance of Paris, a French court of first instance – to do so. This had a huge influence on the legal resolution of the specific case and its aftermath, and the purpose of this article is to explain it, in order to answer deeper questions: who really won the Dalí case? The different Member States and their different laws of succession? The French specific law of succession? Or is the situation more complicated?

To answer them properly, it seems important to refresh memories. The resale right, most often known by its French name “droit de suite”, is defined by the first recital of the Directive as “an unassignable and inalienable right, enjoyed by the author of an original work of graphic or plastic art, to an economic interest in successive sales of the work concerned”. Basically, it guarantees an artist to earn a tiny percentage of the retail price of any of their works, providing that the sum does not exceed 12 500 euros.[1]

About the case, the facts were the following: Salvador Dalí was a Spanish renowned painter. In 1982, he appointed the Spanish State as sole legatee of his intellectual property rights and, in 1983, created the Fundación Gala-Salvador Dalí to administer those rights. He died in 1989. In 1997, the Fundación Gala-Salvador Dalí “granted to VEGAP, a society under Spanish law, an exclusive worldwide mandate to manage collectively and exercise copyright over the works of Salvador Dalí” (see paragraph 13). And VEGAP was bound by contract with ADAGP, its French counterpart responsible for the French copyright of the painter.

However, at that time, the French law of succession reserved the resale right to the legal heirs of the artist – the spouse and the family.[2] In accordance with the law, ADAGP debited on each sale the amount corresponding to the resale right to give it to the heirs. VEGAP sued ADAGP, contesting both the use of French law and the compliance of French law of succession with the Resale Rights Directive. As it is mentioned above, the Tribunal de grande instance of Paris referred to the CJEU for a preliminary ruling, and the latter held that

“in the light of the objectives pursued by Directive 2001/84, it is permissible for Member States to make their own legislative choice in determining the categories of persons capable of benefiting from the resale right after the death of the author of a work of art” (see paragraph 33).

This part of the decision was widely discussed. Nevertheless, the one on which this post will focus is the part about the allegedly improper use of French law. Indeed, the Court had to rule upon the contesting, filed by the Spanish Government and the defendants on the main proceedings, of the admissibility of the preliminary ruling. They claimed that, since Salvador Dalí was a Spaniard and had died in Spain, the Spanish law of succession should be applied (see paragraphs 19-20).

The CJEU rejected the request, arguing that

What is interesting is that the CJEU was still sceptical about the applicability of French law, and showed it. After they made the legal reasoning that the Member States were free to choose the beneficiaries of dead artists’ resale rights, they stressed that the Directive did not “[intend] to rule out the application of rules governing coordination between the various national laws relating to succession, in particular those of private international law which are intended to govern a conflict of laws such as that arising in the dispute in the main proceedings”. As a consequence, they asked to the referring court – the Tribunal de grande instance of Paris – “to take due account” of these rules in their own decision (see paragraphs 34-35).

And the CJEU went even further. In the paragraph summarising the legal reasoning (see paragraph 36) – the one also used in the end as the ruling – they reiterated both the permission for the Member States to choose the beneficiaries of dead artists’ resale rights and the obligation for the referring court “to take due account of all the relevant rules for the resolution of conflicts of laws relating to the transfer on succession of the resale right”.

On the one hand under the tacit pressure of the CJEU, on the other hand under the pressure of international law, on 8 July 2011, the Tribunal de grande instance of Paris finally ruled in favour of VEGAP, [3] thus recognizing the superiority of the Spanish law of succession. They based their decision on the article 14.ter.3 of the Bern Convention, stating that “The procedure for collection and the amounts [of the droit de suite] shall be matters for determination by national legislation.”

Therefore, when the ruling was delivered, each party was contented. The Fundación Gala-Salvador Dalí was the only beneficiary of Dalí’s resale rights, and the French law of succession respected the Resale Rights Directive. But the controversial Article 123-7 of the French Intellectual Property Code was still contested. In 2012, the French Constitutional Court had to rule about its provisions upon the principle of equality, and also confirmed its constitutionality.[4]

One could expect that an Article both protected by the CJEU and the Constitution of its State has a bright future. But only four years later, the article was modified by the French legislator. Since 9 July 2016, and according to the new article L123-7,[5] the author of a work of art can pass down their droit de suite. And even this new Article is highly criticised by the doctrine,[6] because it was made uselessly long and complex and was written badly: now, if the droit de suite is expressly destined to be passed down in the will, it is. But in case of sole legacy without precise reference to the droit de suite, it seems that the latter is still owned by the legal heirs, while this was obviously not the purpose of the law… 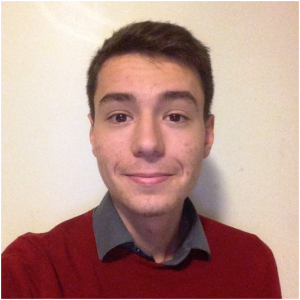 Gabriel Martin is a French third-year law student from the University of Versailles Saint-Quentin, and member of the College of Law of his faculty. In the Autumn 2017, he benefited from the opportunity offered by Erasmus+ to study one semester in Finland, at the University of Turku, where he met Dr. Péter Mezei. The latter was his Professor in European Union Copyright Law and proposed him to contribute to his legal blog.

Special thanks to Mrs Messad Dagron for the proofreading of my spelling mistakes.