On Monday 12th of June, the Finnish Market Court unanimously ruled that ISPs are not obliged to hand out personal information of their clients to rightholders for alleged copyright infringements in peer-to-peer networks without sufficient evidence of concrete and significant copyright infringement. The decision was the first time the Market Court applied Tele2 decision[1] by the European Court of Justice which emphasized the strict interpretation of derogations from the protection of personal data and requirement of a serious crime. The ruling might be the final blow for the so-called copyright trolling practices in Finland. – A guest post from Samuli Melart. 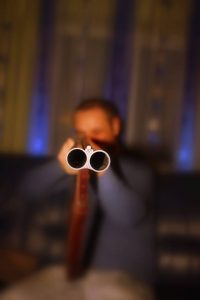 “A representative of rightholder proposing a settlement offer you cannot resist.”

The decision is the most recent part of the play in which copyright trolls try to turn piracy into their profit. In this model of business representatives of rightholders send personalized “settlement offers” to subscribers of communication services for suspected copyright infringement in the peer-to-peer networks utilizing BitTorrent protocols. The letters are used to pressure subscribers for cash settlement for the alleged infringement, or else, face possibly costly litigations.[2] The essence of this practice is to maximize profits from the cash settlements to avoid litigations. This is achieved by targeting thousands of subscribers and by making the settlement offer more appealing option for the defendants instead of challenging the claim.[3] The information concerning the infringements is gathered by companies that monitor peer-to-peer networks and deliver the collected data to local representatives that act behalf of the rightholders. To send the letters to the subscribers, the model relied on the Finnish Copyright Act Section 60a § (1) which entitles authors and their representatives to obtain contact information from the internet service providers about their subscriber in case of significant copyright infringements

In previous proceedings, the Market Court recognized that the threshold of significance must be assessed individually for each tele-subscriber, but regardless, emphasized the total number of users calculated from torrent swarms in which a copyrighted work in question was shared when evaluating the significance of the infringement.[4] This reasoning enabled that where the rightholders could show that a torrent swarm reached the threshold of significant infringement, the rightholders were allowed to obtain information from every person connected to that swarm. 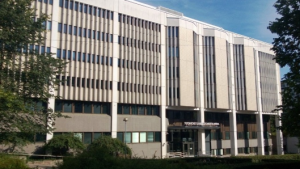 Similarly, in this case[5] the applicant, Copyright Management Services Ltd., requested personal information of tele-subscribers from Finnish Internet service provider DNA Oyj. The evidence in the application was based again on logs from a monitoring software which identified approximately thousand instances in which tele-subscribers had unauthorizedly made their works publicly available. The logs included information related to sharing of two cinematographic works such as IP-address, source port, time stamps, size of swarm and calculations of the total number of users.

So why the change of course? The answer lies in the Tele2 decision from last December by the ECJ which effectively prohibited Member States from retaining personal data for reasons other than fighting serious crime[6] and to the extent necessary for conveyance of a communication[7] and billing.[8] Even where there was such an objective, the retention of data would be an exception and must be “limited to what is strictly necessary.”[9]

Based on the Tele2 decision, the Market Court underlined that any exceptions to confidentiality of communications must be absolutely necessary and absolutely in proportion to their objectives. Further, the exceptions must be interpreted narrowly and the breaches must be strictly necessary. The Court recognized that when assessing significance of an infringement, instead of emphasizing on size of torrent swarms, the measures should concentrate on sufficiently reprehensible and concrete infringement by each tele-subscriber. The court found that although it was very probable that each of the IP-addresses identified by the applicant had conducted copyright infringements, the applicant had failed to show the significance of each concrete copyright infringement. As a result, the court dismissed the application.

As if to add into the insult, in the end of the decision the Market Court noted that this high level of protection for privacy is justified although the rightholders will likely face difficulties when trying to gather the required evidence. 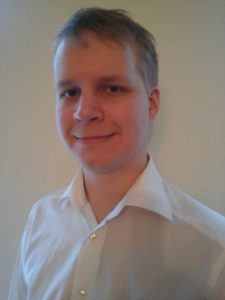