Copyright Harmonization in the Digital Age: will the EU Cope?

Much has been written on the European Commission’s Digital Single Market (DSM) Strategy, including its copyright-relevant pieces (cf. several posts on IPKat or The 1709 Blog) and also critiques on the impact of policy failures of EU copyright. Indeed, the concept of DSM exists since more than five years, and the idea of modernizing EU copyright law is also on the agenda since many years. Under the reign of the current Commission, these reform movements have been accelerated. (Nevertheless, it might be optimism to call the pace of these EU reforms intense.) 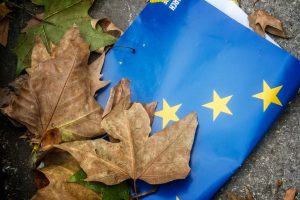 The DSM is not a simple “yes” or “no” topic. Copyright law must serve as a solid rock that provides space for both rights-holders and society. It is the means to balance the various valuable – sometimes constitutionally accepted – interests of the different stakeholders. No one can claim that reaching that balance is an easy task. The harmonization of copyright aspects of the digital society might lead to more effective cross-border trade and might also serve to strengthen culture. It is nonetheless not well-evidenced that over-harmonization is useful. Indeed, some argue [see Rahmatian (2016) IIC 912-940] that deeper harmonization might cause unnecessary troubles for the basic idea of the European Union. Notwithstanding the above, even the strongest opponents of further EU harmonization might admit that copyright law should be amended to fit for the digital age. And vice versa the strongest advocates of EU legislation might disagree with some of the proposals of the EC. The aim of this short analysis is to provide a few thoughts on the pluses and minuses of the copyright aspects of DSM.

The EC has aimed to contribute to the harmony by introducing the various elements of the DSM in 2015 and 2016. The proposal on the prohibition of geo-blocking [COM(2015) 627 final] and the various proposals for new copyright-related directives and regulations [COM(2016) 592, 593, 594, 595 and 596 final] all aim to strike a better (or new) balance of interests in the digital age.

Some of these ideas are both timely and inevitable, like the proposals for the implementation of the Marrakesh Treaty or the extension of the Satellite and Cable Directive’s scope to the digital realm. Similarly, text and data mining is a socially valuable method of managing and analysing the increasing amount of information. Therefore, the introduction of a mandatory exception for the benefit of research institutions to mine from lawfully accessed copyright subject matters seems to be inevitable in the 21st century.

Some others are “just OK”, like the rules on a “contract adjusting mechanism” envisaged by Art. 16 of COM(2016) 593’ final. Under this mechanism authors and performers may request additional, appropriate remuneration for the exploitation of rights assigned by them to others, if the remuneration that was originally agreed upon turns out to be disproportionately low compared to the revenues acquired by the user of those rights. This mechanism, which is commonly referred to as the “bestseller clause”, touches upon member states’ freedom to regulate the contractual aspects of copyright law. This concept is a fair one, which needs to be embraced by all copyright systems – be they domestic or EU-wide. Nonetheless, the EU has mainly left untouched the general standards of copyright licensing under domestic copyright statutes. (It is true that the Collective Rights Management Directive has harmonized some aspects of cross-border licensing of musical works.) Now it appears that the bestseller clause opens the doors for the creation of an “EU copyright contract law”.

Another group of proposals might be summarized as “they could have done better”. Such an example is the paramount mandatory exception for distance e-education and digital preservation by cultural heritage institutions [Art. 4 and 5 of COM(2016) 593 final]. In these cases, the basic idea to broaden the scope of exceptions and thus the freedom of beneficiary institutions is more than welcome; however, the efficiency of the new rules is still questionable due to their strongly limited scope. Similarly, the concept of an extended collective rights management for clearing the use of out-of-commerce works [Art. 7-9 of COM(2016) 593 final] – coupled with an opt-out mechanism – seems to be a pragmatic method to manage a loophole in the reality of copyright law: access to commercially-not-utilized protected works. The proposed system resembles the French path, which was, however, recently quashed by the Court of Justice in the Soulier & Doke case (Case C-301/15). The dissenting view of the EC and the CJEU presages some political and legal debate on the fate of this idea.

The necessity of other proposals is highly questionable. One of the best examples for this category is the ancillary rights in publications [Art. 11-12 of COM(2016) 593 final]. The German Parliament designed the futile “Leistungsschutzrecht für Presseverleger” (LSR) to last for 1 year. The EC has taken the idea in an even broader form and has proposed a 20-year-long term for this right. The efficacy of the concept is, however, questionable, which is clearly evidenced by the practical failure of the system in Germany and Spain: the competent German collective rights management (VG Media) association has only collected less than a million Euros within the first three years of LSR, and Google News has also left Spain for good. Another example for the last category of ideas is the proposal to adopt certain measures by information society service providers, or to put it clearer, to apply content recognition systems to filter out protected subject matter proactively and at the expense of the service providers [Art. 13 of COM(2016) 593 final].

Finally, the EC properly noted that it is time to double-check the efficacy of the current harmonization of law enforcement rules. Indeed, some modifications are urgently needed to make this field of law up-to-date in the digital realm as well. The amendments must, however, keep the balance stressed above; thus the reform in this field should not exaggerate the burden of e-commerce service providers.

Rahmatian’s recent article on the possible harms of over-harmonization might deserve some attention. He has relied on the analysis of Herder’s thoughts on national character (“Nationalcharakter”) and stressed that “harmonization or unification of laws does not necessarily further European integration”. Rahmatian’s paper mainly focuses on already existing concepts of EU copyright directives and CJEU case law (like originality, limitations and exceptions) or concepts that are not fully embraced by the legislators or the judiciary of the EU yet (like moral rights). His arguments clearly mirror, however, those general problems that the EU in general and Member States specifically might face through broadening of the scope of “EU copyright law”. Nonetheless, as I highlighted above, I believe that some further harmonization is inevitable to allow for the progress of copyright law within the (still) 28 members the EU and at the same time for keeping the prosperity of the EU in general.

This post has been originally published on the University of Vienna Medialab blog.