Reto M. Hilty and Valentina Moscon kindly accepted Copy21’s invitation to give an interview on the “International Instrument on Permitted Uses in Copyright Law”, published in the January 2021 issue of IIC.

Let’s start with the reasons. The idea of drafting kind of an international agreement, the Instrument on Permitted Uses in Copyright Law, was launched in 2011. This is important to understand the background. At that time, the planned Anti-Counterfeiting Trade Agreement (ACTA) not only prompted animated academic discussions. Also hefty public demonstrations took place since it was clear that ACTA was aimed at strengthening the rights holders’ position at the expense of the interests of users. ACTA failed in the end, but the initiative for the Instrument was launched and continued to be pursued.

The idea for this initiative originated with some members of an expert group that had drafted the “Declaration for a Balanced Interpretation of the Three-Step Test in Copyright Law”. This Declaration was published in 2008 and had the aim of re-interpreting the Three-Step Test to achieve more balance between all the interests involved. If this Test is interpreted narrowly, as it traditionally is, many exceptions and limitations may not apply in practice. This means that rights holders can enforce their rights even in areas where the general interest dictates permitted uses. Examples in copyright law would be the use of works for research or education purposes.

This Declaration received broad international recognition. However, its impact in practice remained strikingly limited. From the national reports for the survey you mentioned at the beginning we have learned – and concluded in the General Report – that the Declaration “did not play any salient role in either legislation or the courts. Nevertheless, it comes with debates regarding the role the Three-Step Test should play, and it seems unknown only in very few countries” (to be found in the book “Balancing Copyright – A Survey of National Approaches”, eds. Reto M. Hilty and Sylvie Nérisson, Springer, 2012, p. 28). The Declaration was also criticized for remaining at a too abstract level, failing to provide clear guidance on how legislators should design their exceptions and limitations to achieve the desired balance of interests. Indeed, most countries continue their efforts to establish even higher standards of IP protection, largely ignoring public interests. Also, the strongest amongst these countries have changed their strategies to protect their own industries. Instead of struggling with international agreements like ACTA, they now increasingly impose obligations for more rigorous protection in bi-lateral or regional free-trade agreements. In doing so, they often threaten the sovereignty of counterparties, especially if those counterparties are economically dependent. In fact, such free-trade agreements limit the freedom of weaker countries to design their own copyright legislation in line with domestic cultural, social and economic needs.

In view of these undesirable developments, we realized that an international agreement – or as we call it now an “Instrument” – was the best way to counteract them. Firstly, by obliging prospective Contracting Parties to adopt minimum permitted uses this agreement would foster a balance of interests in copyright law, also granting a certain international harmonization of permitted uses. Secondly, the existence of an international obligation to adopt minimum permitted uses might facilitate cooperation amongst countries that were open to this idea, helping them to assert their common interests on an equal footing with groups of countries imposing higher standards of protection in international negotiations. 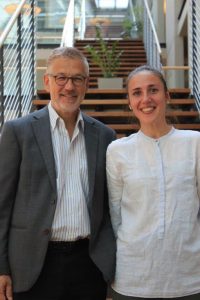 In this first meeting the group of experts decided that the best way forward would be to elaborate concrete legal provisions forming the Instrument that ultimately could be adopted as an international treaty. A number of smaller working groups were formed which in a first step drafted the individual provisions under the coordination of the Max Planck Institute. These drafts were of course subject to extensive discussions and further developments in various subsequent meetings. After finalizing the legislative text, in a number of additional rounds the working groups drafted, discussed and improved the explanatory notes which supplement the Instrument.

The Instrument adheres to the key point that copyright protection, on the one hand, and uses of copyrighted works based on exceptions and limitations, on the other, are two sides of the same coin. Rights holders’ protection and permitted uses are both equally essential in ensuring that copyright will have positive effects on the information economy and society in general. Along this line, we decided that the Instrument should not refer to “exceptions and limitations”, which are generally understood as tools correcting copyright exclusivity and therefore not standing on the same level as the exclusive right. As an alternative, we also intensively discussed the term “user’s rights”. This terminology has been used, for instance, by the Court of Justice of the European Union (CJEU), but also by the Canadian Supreme Court. However, no legislature has yet explicitly implemented this wording in its copyright statutes. Moreover, it is doctrinally disputed whether user’s rights with equal standing as the exclusive right really exist. Therefore, the working group has finally decided to apply a terminology that does not confuse prospective Contracting Parties, but simply requires them to implement “permitted uses” in their national laws.

Part B defines general principles aimed at guiding Contracting Parties in the implementation of the Instrument in their national legal orders. For Instance, Part B.I.1. states that: “Contracting Parties are obliged to adopt the measures necessary to ensure the effective application of this Instrument”. This obligation is at the very heart of the Instrument as it aims exactly at counterbalancing the traditional “minimum protection approach” of the international copyright legislation. Contracting Parties are free however to determine the method of implementation (e.g. creating general clauses such as a fair use or fair dealing or listing specific permitted uses).

Part C deals with competition law as an external limit to copyright and is based on the modern understanding that competition law and copyright law are complementary legal fields, pursuing the objective of increasing the market offer of creative works. The Instrument clarifies that there can be no per se exemption of copyright from the general rules of competition law (Part C.I.).

What do you expect will be the fate of the International Instrument? Is it going to have a bit greater effect on (international or European) legislation? How are you going to “advertise” the Instrument’s usefulness?

In contrast to the Declaration mentioned earlier, the Instrument contains material rules that are in line with international law and that in principle could be implemented by any sovereign state. However, in order to achieve the goal of enabling individual states to defend themselves against pressure attempts, e.g. from the USA or the EU, the Instrument would have to become international law. Those states that wish to do so can achieve that by concluding a state agreement; they would not need the consent of other members of the Berne Convention, for example. According to Article 20 of that Convention, the states reserve the right “to enter into special agreements among themselves, in so far as such agreements … contain other provisions not contrary to this Convention”. Admittedly, the part of the provision omitted here makes clear that Article 20 is aimed at treaties that “grant to authors more extensive rights than those granted by the Convention”. Nevertheless, the Convention – together with the WCT and WPPT – allows member states to provide for further exceptions and limitations as long as they are compatible with the Three-Step Test. This is where the Declaration comes into play again. The Instrument interprets the Three-Step Test in line with the Declaration, and a group of member states is free to do so collectively in a way that suits their domestic needs.

At the end of the day, however, it requires the political will of governments of important states to take this step. It is clear to us that this is not a self-starter. Therefore, it is crucial that policy makers become aware in the coming months of the existence and usefulness of the academic proposal for such an international Instrument. We certainly will use all possible avenues to disseminate it – and are grateful that you are contributing to it via this blog. Lamentably, the current restrictions related to the pandemic have limited so far the possibilities to present it at conferences and other public events. It is also not possible to approach state representatives personally, which usually helps a lot. But the Instrument has been published widely and openly, e.g. on SSRN, and it is to be hoped that the ball will be taken up by some of the states that might benefit from the existence of the envisioned treaty.

However, even if no legislative implementation should take place in the near future, the Instrument will hopefully be understood as an academic milestone and an additional opportunity to push forward the discussion on a future-oriented copyright law.