Xiao Baiyang’s next blogpost focuses on the details of punitive damages in Chinese IP Law.

To understand the details of punitive damages in Chinese IP law better, Baiyang summarized the relevant rules in a table below.

On the one hand, Article 11 of Civil Code stipulated that “where there are any special provisions on civil relations in any other law, such special law shall apply.” Based on the principle of generalia specialibus non derogant, Trademark law, Patent Law and Copyright Law etc. are special laws to Civil Law, and shall apply in trials instead of the Civil Code. On the other hand, following the principle of “later laws prevail over those which preceded them,” Civil Code is the later law to Trademark Law and Anti-unfair Competition Law, and it shall be applied. Then here comes the question on how to settle the contradiction between two logic of application of laws? Article 92 of Legislation Law (2015 Amendment) stipulated that “if there is any discrepancy between new provisions and old provisions, new provisions shall prevail.” Accordingly, the inconsistency between the aforementioned Trademark Law, Anti-unfair Competition Law and the Civil Code depends on the clarification of the Standing Committee of the National People’s Congress. 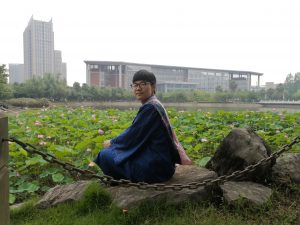 Xiao Baiyang, born in September 1995, is a Chinese PhD student of the Faculty of Law and Political Science, University of Szeged. He graduated from Southwest University of Political Science and Law in 2020 with a Bachelor’s degree in Law and a Master’s degree in Intellectual Property Law. From 2017-2020, he participated in several academic projects related to the field of Artificial Intelligence (2017), Connected Vehicles (2018-2019), and Geographic Indications (2019-2020). His main research area is Liability of Online Intermediaries.