The panel of the United States Court of Appeals (9th Circuit) partially upheld the dismissal of the district court’s request for resale royalties under the California Resale Royalties Act (CRRA), which in certain circumstances gives artists the right to 5% of the proceeds from any resale of their work. While the panel partially reversed the district court’s dismissal, on the grounds of preemption by federal law, from the date of enforcement of the 1976 Copyright Act. – A court ruling analysis by Usman Ghaffar. 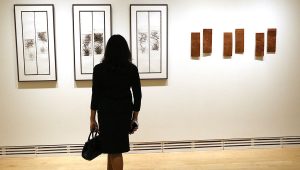 The artists; Chuck Close and, Laddie John Dill, and other successors in interest, namely; the Sam Francis Foundation and, the Estate of Robert Graham, all formed part of a plaintiff team which sought resale royalties under the CRRA from the enforceable date of the statute (1st January, 1977) to the present date. The plaintiffs first filed complaints against Sotheby’s, Christie’s and eBay, in 2011, alleging claims under California’s unfair competition law. The said lawsuit by the plaintiffs used claim for ‘unlawful, unfair or fraudulent business act or practice and unfair, deceptive, untrue or misleading advertising’. The plaintiff intended to represent two groups. Firstly, artists or their estates, who were allegedly owed sale royalties under the CRRA within three years of the filing of the actions. Secondly, artists or their estates were allegedly owed CRRA royalties on sales that were never disclosed to the artists and which occurred more than three years prior the suit, all the way back to the effective date of the CRRA (1st January, 1977).

During the initial proceedings, the district court rejected the complaint of the plaintiff on the basis of prejudice, stating that the CRRA’s sales regulation outside California violated the inactive Commerce Clause and that the offending part of the statute was non-separable. This, in turn, led to a series of cases around the legal issue of; the regulation of CRRA, the application of the first sale doctrine, as well as, the nature of the applicants claims. In Sam Francis (284 F.3d at 1323), the bench, in agreement with the district court held that the provision pertaining to the offence was separable from remaining part of the statute, hence the plaintiff  could still hold valid claims with regard to in-state sales, though CRRA’s regulation of out-of-state sales violated, inactive, or, unenforceable Commerce Clause. The three-judge panel was asked to review alternative arguments of the defendants, including that of preemption of the federal law over the state law.

Consequently, the defendant contended three main arguments during the second proceedings. Firstly, arguing for the preemption of the CRRA. Secondly, that the CRRA regulated unconstitutionally and, finally, that eBay was not subject to litigation under CRRA, contending that it was not a ‘seller’ nor an ‘agent of the seller’. The defendant’s arguments were accepted by the district court in 2016, which in turn, dismissed the class actions with prejudice, stating that the federal copyright law prevented the CRRA as a matter of conflict and express preemption. Here the district court asserted the first sale doctrine provided in the 1909 Copyright Act, as well as in the 1976 Copyright Act. The court further held that the latter 1976 Act ‘expressly preempted’ the CRRA, which was only present merely to ‘…broaden the distribution rights’, provided under the federal copyright Act. The district court’s judgement was finally challenged by the plaintiffs, in each lawsuit, which was then fused into this final 9th circuit judgement.

The first part of this US Court of Appeal judgment dismisses the applicant’s claims, stating that the claims lodged under the CRRA relating to the sales which postdated the effective date of the 1976 Copyright Act (1 January 1978), were covered by the 1976 Act, as 17 U.S.C §301 (a), expressly preempted them. Therefore, any claims made after the cut-off date of 1st of January 1978, were not covered by the CRRA. Instead, the court affirmed prevention of enforcing any copyright regulation that may have been provided in the state law which was in direct negation with the federal law.

Though, in the second part of the judgment, the panel held that CRRA’s sales claims that occurred between the effective date of 1 January 1978 were not expressly preempted or prevented by conflict prevention. The panel referred those claims to the district court for further proceedings. This meant that, all claims brought under the CRRA, which became legally effective in the state of California from 1st of January 1977, and all the resale claims prior the enforcement of the 1976 Copyright Act, which came into force on 1st of January 1978, were legally plausible for action, subject to further deliberations. Therefore a cut-off window of 1 year became accessible due to the fact that the 1909 Copyright Act, has no provision for express preemption. Thus any CRRA claim prior the date of enforcement of 1976 Copyright Act, could be covered by the 1909 Copyright Act.

Hence the court essentially validated the ‘droit de suite’ principle for the limited period of 1 year, between January 1st 1977 till January 1st 1978. Thus, during this period, any artwork which was resold in its physical manifestation to a new buyer, the artist, or their representative, may be able to attain royalties each time the original work of art was remarketed. The CRRA made it a requirement that the seller of fine art work or their agent must withhold 5% of the sale amount for the original artist as a royalty fee. Whereas failure to situate the artist within the timeframe of 90 days meant that the 5% of the royalty would be allocated to the California Arts Council. Thus, it became encumbered upon the Council to locate the original artist within the timeframe of 7 years, after which, the Council may utilize the funds for acquisition of fine art work for public structures. The CRRA defines a fine art work as an original painting, sculpture or drawing, or an original glass art work. The CRRA further elaborates that; the artist had to be a citizen of the USA or  a resident of the State of California. The 5% royalty right of the artist could not be relinquished or decreased through contract. The sale had to be one that took place after the first – initial sale. The Act also stipulates that the sale had to be of or above the figure US$1,000, and that the sale price must have been higher than the seller’s initial purchasing price. Lastly, the sale had to be carried out during the artist’s life or within 20 years of the artist’s death.

The CRRA was the first and the only attempt at a state level in the USA to introduce the principle of ‘droit de suite’ into its legislation. The decision in this case is significantly important not only because the courts asserted that the first sale doctrine is currently the only acceptable practice of law for resale rights in the USA, as opposed to the ‘droit de suite’. Further, the courts also drew a line by emphasizing that legislation relating to the rights of resale and protection of copyright is the subject of the federal legislature, which can only be done by amending the Copyright Act or other related statute(s). While ‘droit de suite’ appears as a popular notion within the realm of international copyright law, especially due its presence in the Berne Convention as a  recognized  principle of equity. It has nevertheless remains as an ‘optional right’ within the framework of international law, even though, the convention provides for reciprocity of the principle amongst countries which do recognize the principle, to protect rights of each other. The Congress, in 1992, considered whether to legislate on the Copyright Office’s recommendation report, though, the Congress evidently chose not to act on it as to where current law still stands.

Finally, the court had to consider whether the whole statute should be ruled invalid or whether it could be saved by restricting it, for example, only to sales between buyers and sellers in California. The CRRA itself contains a provision for “separability.” Probably included in anticipation of future legal challenges. The District Court pointed out that the precedent of the Supreme Court states that the most relevant inquiry is whether the statute operates in accordance with the intention of the state legislature in the assessment of severability.

The ‘droit de suite’ principle mainly stems from European legal tradition and thought, which recognizes the moral rights of an artist or a creator. In specific the EU Resale Right Directive 2001/84 specifies that

“in the field of copyright, the resale right is an unassignable and inalienable right, enjoyed by the author of an original work of graphic or plastic art, to an economic interest in successive sales of the work concerned.”

In specific, the principle seeks to protect and provide impartial treatment for visual artists, such as  painters or sculptors, who may not be able to attain further economic benefits from their artwork after the first sale of their respective works. Unlike recording artists/musicians or book writers who may continue to attain financial benefits from reproduction and sales.

In contrast, currently the only recognized principle in the US federal legislature is the first sale doctrine. The doctrine provides that once the copyright owner places a copyrighted item in the stream of commercial flow by making the first sale, he or she will exhauste their exclusive statutory right to control its distribution. The 1909 Copyright Act codified the first sale doctrine, as it was subsequently retained in 17 U.S. Code §109 of the 1976 Copyright Act, which reflects the common law’s refusal to allow restrictions on the ‘alienation’ of property. The 17 U.S.C. § 301 of the 1976 Act also contains an explicit preemption clause which stipulates that

“no person is entitled to any such copyright right or equivalent right in any such work under the common law or statute of any state”.

The integrated understanding of § 301 and 109 raised the CRRA’s federal first sale doctrine. which laid the basis for the judgment. This method of looking at work of fine art as tangible physical good or commodity, puts a value into the acquisition and possession of the item, as it does not attach a moral right of the artist or the creator to the good, once it has been sold, to attain any further commercial benefit from the sale of that good. In accordance with US federal law, copyright owners effectively lose the right to regulate, restrict and receive royalties on the subsequent transfer of their copyrighted work once it leave their possession. If Congress does not intervene in the future, this 9th Circuit’s decision to limit the CRRA eventually puts an end to the ‘droit de suite’ principle for artists of fine art in the American legal system. 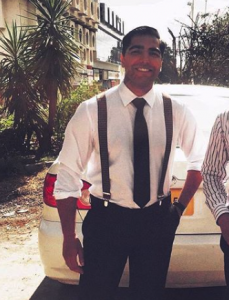